Past Grand Award Passed Down

It is always with great satisfaction... 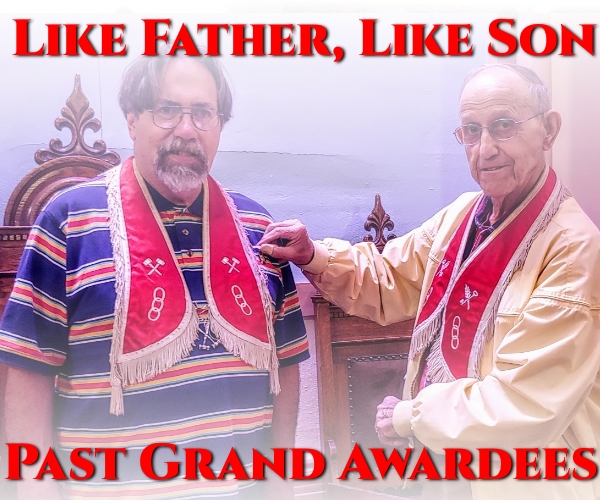 We are delighted to report that our Noble Grand Joe Avila, Jr., is now also a Past Grand just as his father before him.

Joe Avila, Sr., is our Financial Secretary and took a moment to share his pride at being able to pass on his personal jewel for Past Grand and the honor it is to give it to his son to wear.

This is not a common occurrence at an Odd Fellows lodge as it was in the past when it was very common to know a few Odd Fellows in any circle of society.